Three backdrops for your Workbench. The backdrops feature lists of useful keyboard shortcuts to help users learn the shortcuts and get jobs done quicker.

The original "Curve" is by klesterjr and "Outsider" is by Gnu. The original backdrops can be found in the Amigans.net image gallery.

I have also included an XCF file for GIMP. This layers file can be loaded into GIMP so you can add the shortcut lists to other backdrops easily. 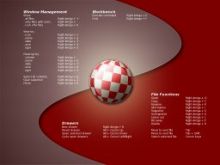 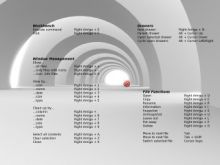